Your Dentist Reveals the Amazing History of Dental Implants 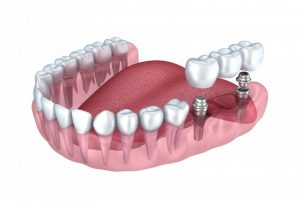 Everything has a history. Everything has a story that tells how it came into being, how it developed. And many times, through historical data, we are allowed to time travel back to the mindset that conceived that which we research. In doing so, we gain an even greater appreciation for the spirit of ingenuity, creativity and resourcefulness that created it. Pertaining to dental implants, as we journey back through time, we will uncover how necessity has always bred advancement and benefited the generations that follow it.

What is the Modern Dental Implant?

The modern dental implant is an appliance that restores your mouth, teeth and gums to their original function. It improves the look of your smile and the function of your entire mouth.

How the Dental Implant Process Works

A modern dental implant is a process that begins by replacing your missing tooth with a titanium post, that is surgically input by your dentist into your jaw bone structure, acting as the root. After a period of healing, where the cells in your bones bind with the titanium material, you can then have a crown, bridge or denture attached to the titanium base.

This process is important because it allows your facial structure to remain intact, and not suffer from the inevitable collapse and bone loss that happens when you go for extended periods of time with teeth missing. It also restores your ability to chew food and speak normally. And according to the historical timeline, the ancients had some degree of awareness of this importance.

The History of the Dental Implant

Amazingly, evidence of dental implants can be found in ancient history. Here are is an outline of how it has developed throughout time:

Since the first successful dental implant over 5 decades ago, the advances in technology available to dentist have skyrocketed. Thankfully, you live in an era where the knowledge of this process is vast, allowing for safer and more seamless procedures.

Therefore, if you’ve been suffering from tooth loss and feeling down, you have reason to regain your hope. Your dentist is here to guide you to the perfect smile and oral function that you’ve been missing.

Dr. Jamie Guthrie earned a degree in biology from the University of Central Oklahoma. She then went on to the University of Oklahoma School of Dentistry to acquire her Doctorate of Dental Surgery. Dr. Guthrie currently pursues over 50 hours annually in continuing education in such areas as esthetic dentistry, endodontics, sedation dentistry and removable prosthodontics. She practices at Dr. Jamie Guthrie and can be reached for more information through her website.